Cleo finds a home after 14 dog years in kennels!

I just have to share this wonderful story from Battersea Dogs and Cats Home with you. 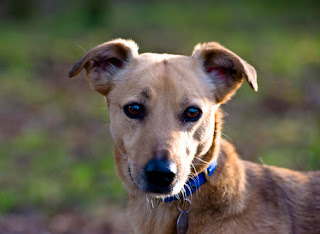 A dog who spent nearly two years in kennels, or 14 dog years, has finally found a home with an owner who describes her as “the most affectionate dog ever”.  Eight year old Cleo the Mongrel was at Battersea’s Brands Hatch site in Kent, and became the centre’s longest-standing resident. Cleo initially arrived in August 2009, after her owner failed to get landlord permission to keep her.  Since then she was briefly rehomed twice, but neither owner was able to keep her, and she was returned to the centre. Despite being very popular with staff and volunteers, Cleo failed to find a new owner, and waited patiently as her doggy friends left for new homes.
But Cleo’s luck changed when Lesley Boath from Biggin Hill visited Battersea Brands Hatch. Lesley was looking for another canine companion, after her previous dog Cody passed away earlier this year. She explains: “I have always rehomed old rescue dogs, as that is where my heart is. I hated not having a dog around. When I saw Cleo on the Battersea website I fell for her, and had to go and meet her.” 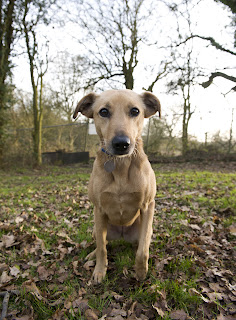 When Lesley rehomed Cleo, staff explained that she would need further training to improve her behaviour on the lead around other dogs. Lesley explains: “Cleo wants to show other dogs that she is the top dog and she pulls on her lead a lot. She had some training at Battersea which I am going to continue so we can sort it out, and I will also take her to a trainer. I won’t give up on Cleo.”

Cleo is now settling in to her new home, and enjoys exploring Lesley’s 160 ft garden. “She is a very lucky girl as we also back onto a park, so there are lots of lovely places to walk. I have already discovered she loves cups of tea, and she gets very excited whenever I offer someone a cup. I am really looking forward to getting to know Cleo more, and having lots of happy times together,” Lesley adds.
Photos by Clint Images
Posted by Unknown at 04:53