Well we're a month late, but we'd like to wish a very Happy New Year to all of our followers.

The end of 2012 was a difficult one for us as Henry was poorly.  He had a lump removed from his neck, thankfully it turned out to be benign, but it was still a very scary time for us all.  It took Henry a while to recover from the operation as first he removed the stitches, then the wound got infected.  Now though he is like a new dog - he is like a puppy! The lump was infecting his body so it had obviously made him feel quite poorly for a while, but thankfully I have my baby back to feeling well again. 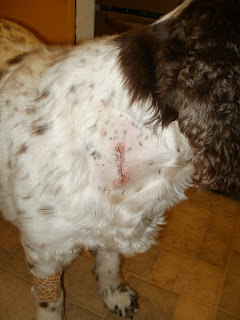 Henry was feeling well enough to enjoy the snow last month, although we didn't get much here.  It was Jessie's first experience of snow and as you can see from the photos - she loved it! 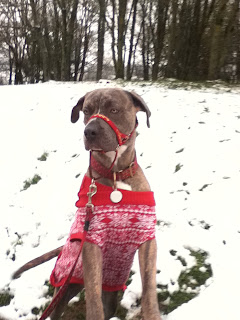 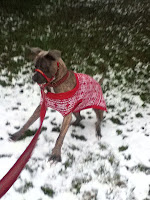 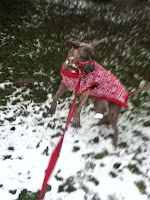 And one of Henry in the snow! 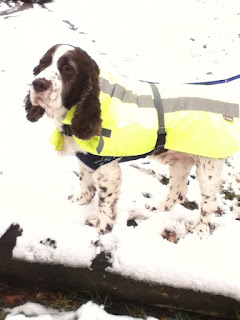