I know we're a bit late, but we though we'd share our New Year's Resolutions with you.

My resolution no 1- to get back into blogging again! When my Dad died two years ago I lost enthusiasm for many things, and blogging was one of them. Since then I've dipped in and out, occasionally posting reviews or news, but now I aim to post blogs regularly.

My resolution no 2 - to get better at 'driving' my wheelchair! Unfortunately my health has rapidly declined over the last year, and I now have to use a wheelchair most of the time. I am still not great at manoeuvring it - and the chipped paint on our door frames is proof of this lol! I've always been hopelessly uncoordinated and I just can't seem to get the hang of accurately turning the chair. Maybe by the end of the year I'll be expertly moving the chair in and out of obstacles!

Henry's resolution - to lose weight! Well this is my resolution for Henry anyway - he probably wouldn't agree!  Henry is now 11 years old, and we are worried his 'padding' is putting too much strain on his joints, so we are keen for him to lose a kilo or two.  It's not easy though as he is a real foody and a scavenger. This comes from having to live on scraps when he was left on his own for several weeks before he was rescued. We are determined to help him though, and have cut down his food and treats. 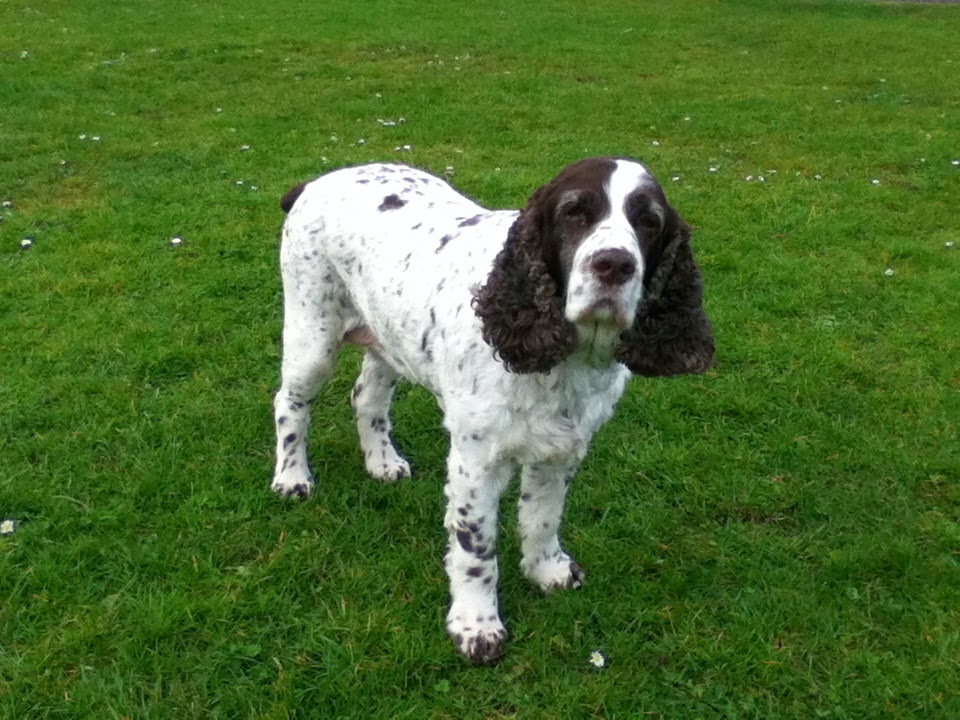 Jessie's resolution - to win some more rosettes! Jessie went to a few fun shows last year and won several rosettes, but this year she'd like to win even more.  Fun dog shows are great places for socialising dogs and help to raise much needed funds for charities. 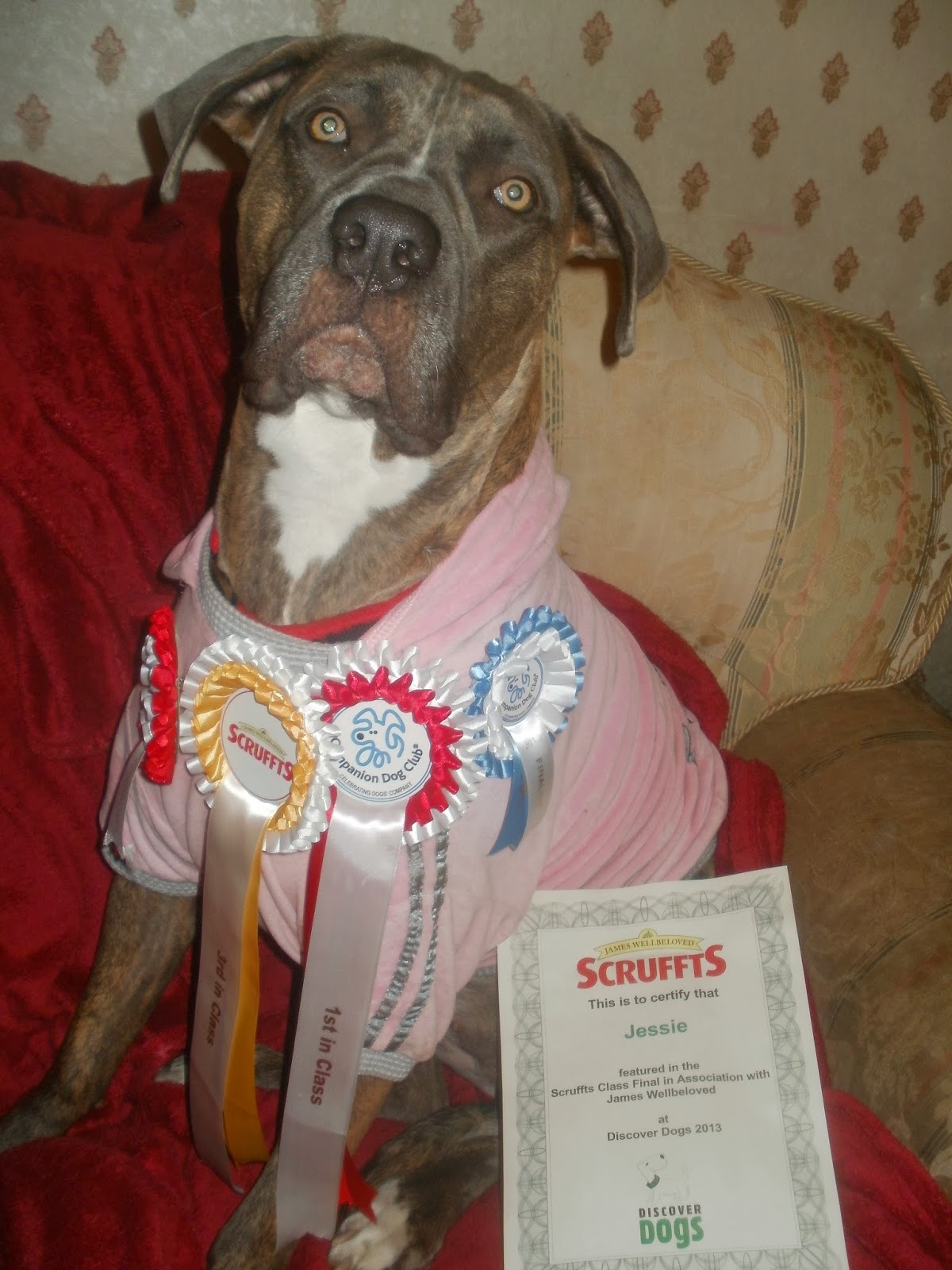 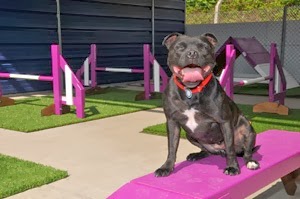 Battersea Dogs & Cats Home’s very own rescue dogs are flaunting their impressive agility skills at shows up and down the country to prove hounds without a home have talent – with backing from insurance giant, LV=.
The world renowned charity’s dog display team perform jumps, hurdles, turns, tricks and obedience tasks and LV=, the UK's largest friendly society and leading financial mutual, is sponsoring the gifted group to perform at seven dog shows over the next year, which include Discover Dogs and Crufts 2014.
The Battersea agility team was formed nine years ago and the current motley crew includes Frank, the Staffordshire Bull Terrier who featured on series one of Paul O’Grady: For The Love Of Dogs; Twiggy a previously obese border collie; Squirt a stunning Staffordshire Bull Terrier; Woody a spritely Spitz; and jolly Jelly, a border collie who also competes in sheep dog trials.
Ali Taylor, Head of Canine Welfare Training at Battersea Dogs & Cats Home says:
“Battersea Dogs & Cats Home’s display team not only promote the amazing work of the charity at high profile events, they also debunk the myth that dogs looking for homes are not obedient or not trainable.
“There are all kinds of breeds and ages of dogs in the team but they do have one thing in common – they’ve all been under the care of the Home and prove rescue dogs can be just as talented as any other dog.”
Selwyn Fernandes, Managing Director of LV= Insurance, says: “This is the first time we have worked with an animal charity and we are really excited to be supporting the team. The display team partnership will help raise the profile of the LV= brand among dog and cat lovers across the country and is aligned to our mission of helping people look after what they love.”