Henry has several health problems which were caused by poor treatment before he was rescued. As a result he has a very sensitive stomach and is intolerant of many ingredients that are usually found in dog food and treats.  So we were very happy when GJW Titmuss gave us the chance to try some healthy, 100% natural dog treats. These premium treats are made from quality, human grade meat and fish which make them irresistible to dogs. 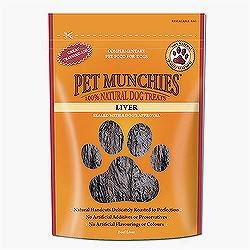 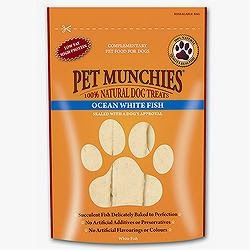 We were sent two varieties of Pet Munchies 100% Natural Dog Treats to try. Pet Munchies come in several different varieties including chicken breast fillet and various training treats. We opted to try the liver and fish varieties as Henry is allergic to poultry.

As soon as the treats arrived in the post the dogs knew the envelope contained a yummy treat for them. They obviously smelt every tempting as it was impossible to take a photo of treats without Henry trying to run off with one of the packets! 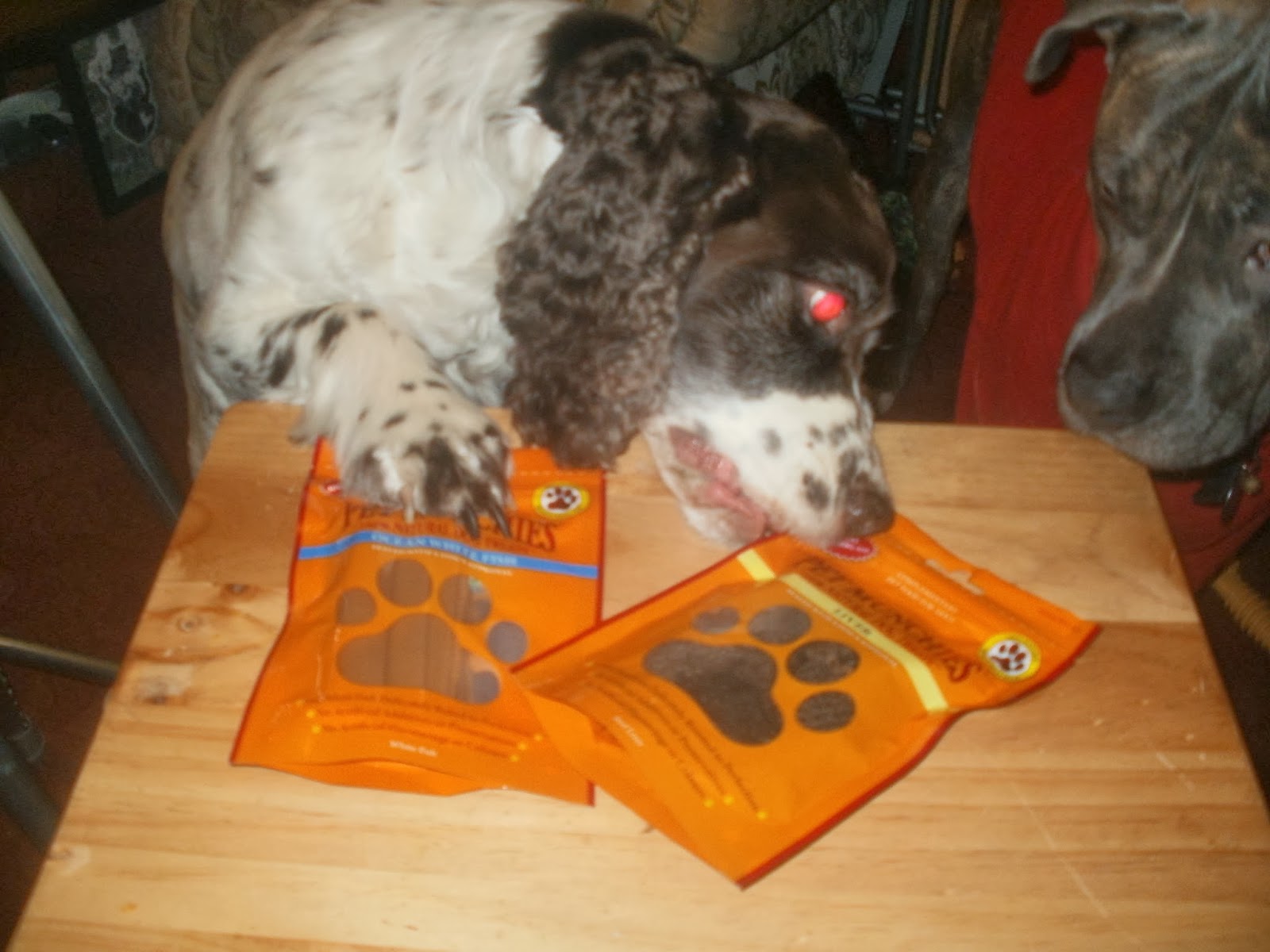 The first treat that Henry and Jessie tried were the Ocean White Fish treats, These were strips of succulent, baked fish with no added preservatives, additives, flavourings or colours. These were a big favourite of both dogs - especially Henry who's favourite food is fish. The strips make a great special treat, and easily break up into smaller pieces to use as a reward while training. Unlike some fish based treats, these smell great and aren't overpowering.

The Pet Munchies Ocean White Fish treats are ideal for dogs who have meat and wheat intolerances. We find it difficult to find nice treats for Henry, as he is allergic to so many things, so we are very happy to have discovered these.  They are low fat too, so are great for dogs that are watching their waist line (like Henry!). Henry and Jessie definitely recommend these treats, and they have asked me to place an order for them from GJW Titmuss. At just £2.70 a pack they are good value for a premium, natural product. Oh and apparently cats love these too! 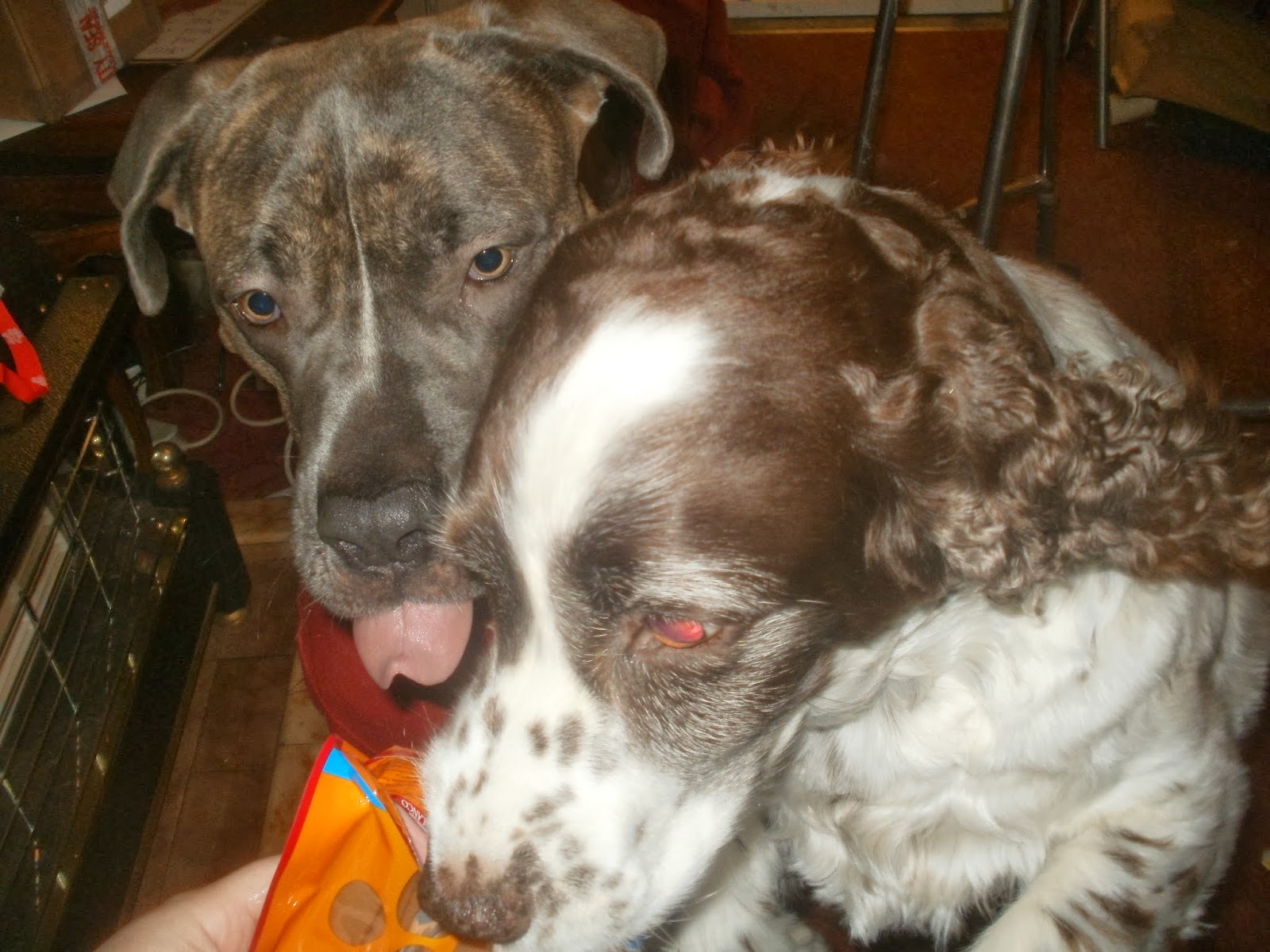 The liver treats were firm favourite of both dogs, especially Jessie. They are 100% beef liver so again they have no added nasties in them. Henry is getting older now and he has a few missing teeth, but even he managed to chew through these treats - which tells me that they must be extra tasty as he often doesn't bother with treats that take a bit of chewing. Jessie went absolutely crazy for these them, you could tell by the keen expression on her face that she really enjoyed them. Liver is an excellent source of iron and zinc minerals - so as well as being delicious, they are healthy too.

Jessie doesn't have any allergies or digestion problems, but I still like to feed her natural treats rather than those filled with colours and additives, so Pet Munchies are ideal for her. I shall probably order some of the other varieties for her too. There is a big range of them available here at just £2.70 a pack.

I've had a good look around the GJW Titmuss website and I was impressed with the range of goods available - all at great prices too. They sell products for pets ranging from dogs and cats to horses and birds - it's definitely worth a look!