Recently I experienced one of my worst nightmares - one of my pets went missing for nearly 24 hours!  .  I was ill in bed so mum put Terry out in his outdoor enclosure for a few hours in the sun.  She checked on him every hour and he was happily eating his weeds, but the next time she checked him he wasn't there.  At first she didn't panic as he is tiny (he's only 11 months old and just 2 inches long) so she thought he was hidden in the grass.  After searching every inch of his enclosure she still couldn't find him and called my brother and my sister in law in to help.  By the time it got dark they had been searching for hours.

Obviously I was extremely upset, nearly hysterical as I was so worried about him being out overnight.  It made it even more frustrating as I was stuck in bed and unable to search for him myself.  I didn't sleep at all that night, I was numb with shock and worry.  My family was up early the next morning to begin searching, but I thought it was a hopeless cause.  Our garden is huge, Terry is so tiny.  I was convinced he'd either been taken by a predator or he had perished overnight.  He needs to be kept warm and has a heat lamp in his indoor enclosure, he couldn't survive outside for many nights on his own.

Later that day my brother was searching for Terry when his lurcher suddenly started barking and digging under the hedge.  My brother went to look and crawled under the hedge - and there was Terry!  When they brought him into my room, I'd never been so glad to see anything in my life!  Thanks to Skipper we had Terry back!  There was no way we would have found him without Skipper, and Terry wouldn't have survived for much longer as we had an awful storm that night.  Thankfully Terry suffered no ill effects and his enclosure is now like Fort Knox so that he can't dig out again!

This is Skipper with his thank you cake and Terry. 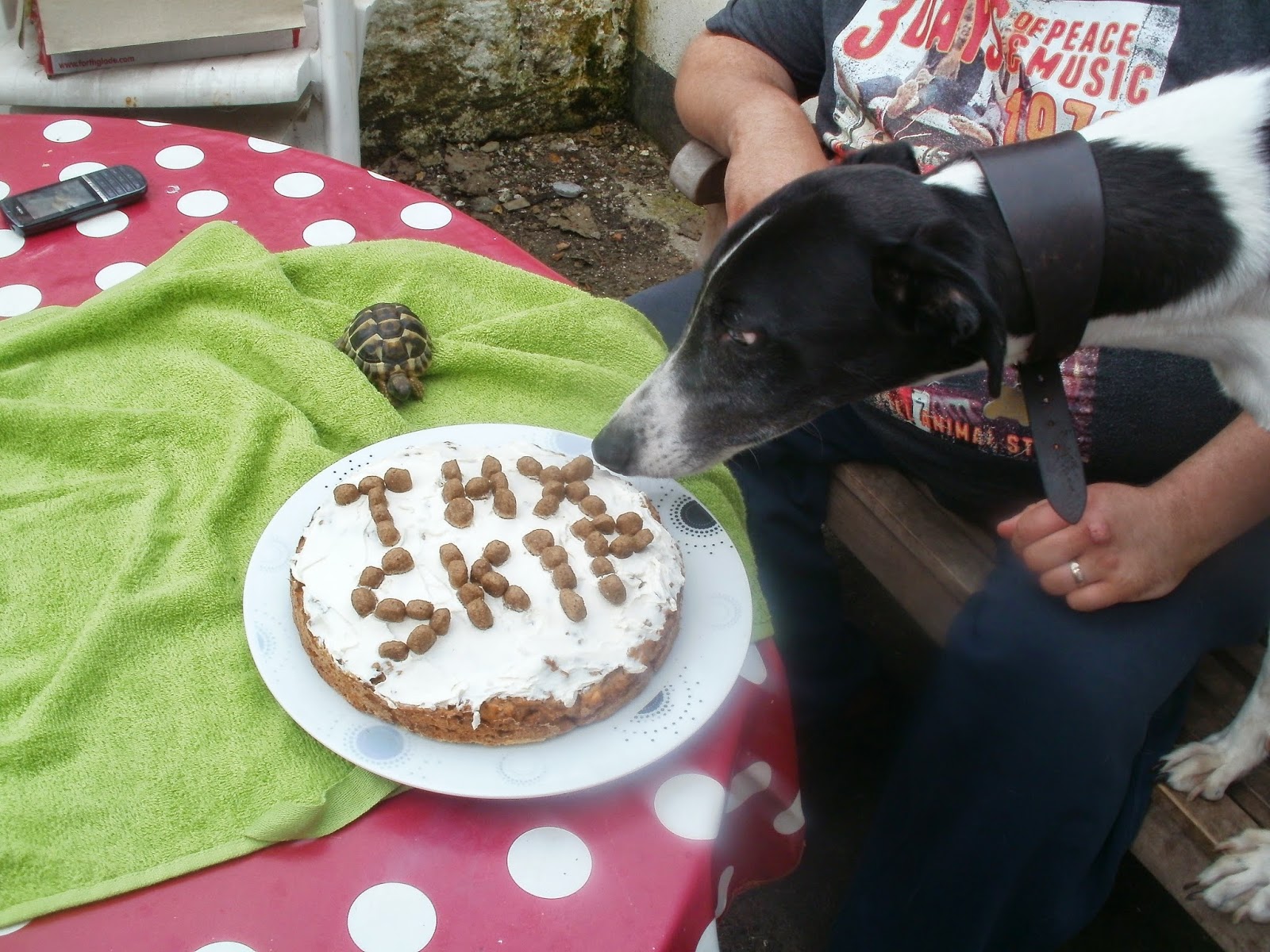