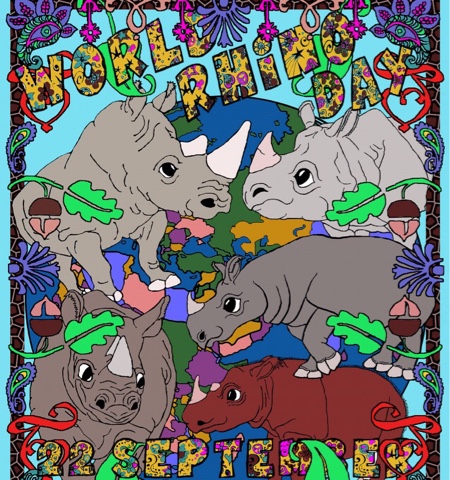 World Rhino Day have provided us with more information about this awareness day.

What is World Rhino Day?


When is World Rhino Day?

How did World Rhino Day start?

World Rhino Day was first announced by WWF-South Africa in 2010. The following year, World Rhino Day grew into an international success, encompassing both African and Asian rhino species, thanks to the efforts of two determined women …


What happened in 2011?
It all started with an email: In mid-2011, Lisa Jane of Chishakwe Ranch in Zimbabwe was planning ahead for World Rhino Day. She searched online for ideas and potential collaborators, and found Rhishja’s blog. Lisa Jane sent Rhishja an email, and the two found they shared a common goal of making World Rhino Day a day of celebration for all five rhino species. Meanwhile, the team at Rhino Africa prepared for their second World Rhino Day event in Cape Town, building on the success of South Africa’s popular 2010 campaign.
In the months that followed, the teams worked together to make World Rhino Day 2011 an international success, both online and offline. World Rhino Day has since grown into a global phenomenon, uniting NGOs, zoos, cause-related organizations, businesses, and concerned individuals from nearly every corner of the world!

Is there a theme for World Rhino Day?
Yes! “Five Rhino Species Forever” celebrates both the African and Asian rhino species. In addition, World Rhino Day is an opportunity to highlight efforts to debunk the myths and diminish the demand for rhino horn.


Is there more than one event on World Rhino Day?
Yes! We believe that World Rhino Day is a success because it provides the opportunity for cause-related organizations, NGOs, zoos, and members of the public to celebrate World Rhino Day in their own unique ways. These activities varied from one participant to the next. Donors and partners are able to contribute to the organizations and initiatives of their choosing. Peaceful demonstrations, classroom projects, fundraising dinners, auctions and poster displays are just a few examples.
FIVE RHINO SPECIES FOREVER! 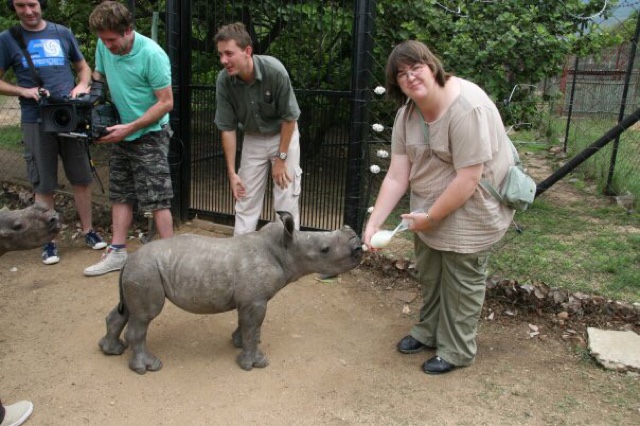 This photo was taken at a rescue centre in South Africa. I was lucky enough to go there back in 2008, before my health drastically deteriorated. This rhino calf had been orphaned after poachers killed his mother. He was being hand raised in the rescue centre. I often wonder what happened to him.

Email ThisBlogThis!Share to TwitterShare to FacebookShare to Pinterest
Labels: animals